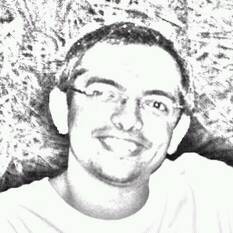 One fine day in 2013, I received a call from an ex-colleague about an opportunity. It was an invitation to work on a startup. It was exciting to say the least.

The idea was to connect users to small businesses and individual contractors (eg: carpenters, cake shop etc) using a chat based app. The startup was formed by Harshil Shah and Timo Steiz (who also runs shoesize). They had just finished their MBA in Spain and were planning on this idea to launch in Barcelona. The revenue model was to charge small amount from the businesses on every lead generation. Here is the presentation/pitch.

There are now quite a few startups with same idea like HouseJoy and UrbanClap. From the other end, popular chat applications like Facebook Messenger and WhatsApp have started to onboard businesses, entering the same space.

The team comprised of 2 co-founders Harshil & Timo, and 2 developers Bhavik and myself. We hired few interns for marketing but they were temporary hires working only for a short duration. We (developers) were promised a generous share of the startup at 12.5% a piece.

My role was to create and drive the entire product (which was a mobile optimized web application). I setup the project environment, created the core flows (authentication, db connectivity, etc). After this me and Bhavik split up the work on functionalities like signup, login etc. Post that I created the chat flows and optimized website for mobile.

Bhavik is a Database Developer (Oracle) and was not well versed with Java or with AngularJS back then. I helped him learn both, by spending lot of time walking him through the live code. All the effort was completely worth it. He is quite hard working and we complement each other nicely. We still work together on other projects. We communicated almost everyday (hangouts was more than handy) and worked late hours and weekends (we both were working on full-time jobs). This development phase which lasted more than 8 months was the deceptively most exciting.

Once the Angular and Servlets core flows were set up, implementing these flows was quite easy.

The struggle part can be fun, sitting in a dark corner creating the product, fascinating about the millions who would use it eventually. We took more than 8 months to create product and even more months to launch it and try and signup the businesses.

The tech team had constant friction with the co-founders who wanted the product to be as polished as possible, while we (developers) had been working for close to a year working on the product and wanted to launch it ASAP.

It was a chicken and egg problem for the product to take off. Without enough users it was difficult to onboard businesses. Without businesses, product would not be used by customers. We hired few interns to for door-to-door marketing (onboarding businesses) in Barcelona but we couldn’t gather enough. Harshil moved to Hong Kong and we decided to launch the product there but same underlying issues ensured it never took off.

We got another opportunity to progress the platform when a german company started by German doctors asked to create a prototype of our product for them. They wanted to use our product to connect Medical Practitioners with Doctors. We charged a reasonable amount and rebranded the app for them. Alas, they never replied back.

As you might have guessed, the startup did not pan out. There wasn’t any traction with the users and we didn’t do much to onboard the businesses. I learned a few important lessons.